Our Team of instructors

Browse our instructors and see what else they teach 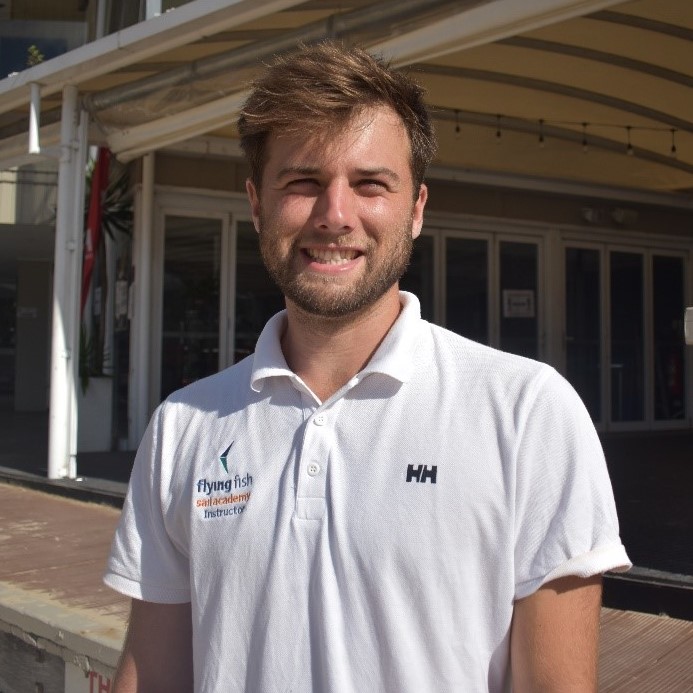 Sailing since college, Matt decided to make a career out of watersports.

Before moving to Australia, he worked as Assistant Chief Instructor in Spain, out in Greece as a Senior Instructor, and in China as an adviser for Vanhangs first RYA centre. 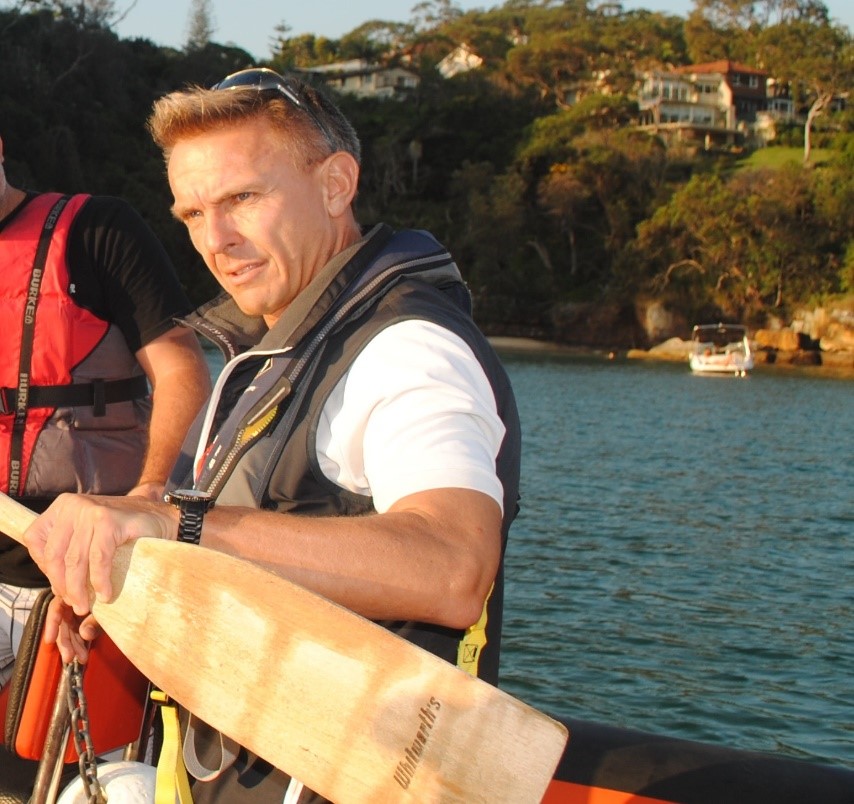 After 10 years in the London design industry, Russell decided to take a career break and trade “the  material comforts of mainstream life for the opportunity to acquire skills that would stay with him for life”. He joined Flying Fish to do a windsurf traineeship in Vassiliki and then went on to work as an instructor in Greece and Spain before returning to Flying Fish to work as an instructor trainer.

Russell is now Operations Director for Flying Fish Sailing based in Sydney, where he spends his time managing our Yachtmaster, Sailing and Watersports programs and training instructors. With the arrival of the Australian Winter, Russell generally heads back to Europe to join the Fish team in Greece. 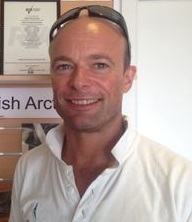 Chippy and Isle of Wight kitesurfing/windsurfing/surfing legend - Wil Frost -joined us in 2014 for a Yachtmaster Offshore fast track programme, now he is a freelance instructor/ maintenance man for us in Sydney.

In his own words 'Old and bold but still got it, some of it anyhow'. 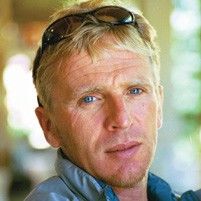 Andy began his working life as an oceanographer, in an attempt to find a career path that would get him out on the water. He soon decided this wasn't enough fun and he gave it up to work as a sailing and windsurfing instructor in the UK.

After a winter break to train as a pilot in Florida he realised there was a market for similar training in the world of adventure sports. Shortly afterwards he met Andrew Lorant and they started to develop the Flying Fish concept of vocational sports training in the world's best locations. The first trip was to Barbados, to run a windsurfing instructor course.

20 years have passed since then and Flying Fish has developed into a flourishing international training business with a reputation for quality and innovation.

'I look back with fond memories on the early days in Barbados - I used to spend much more time windsurfing and less in the office!' says Andy. 'Today I am proud of what Flying Fish has become and I am grateful to our many excellent staff.' 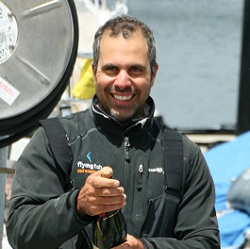 After a long and successful career in the Brazilian corporate world Ivan Signorelli came to Flying Fish in 2012 for a career break and to get his Yachtmaster. Little did he know that six years later, he would have completed several Sydney to Hobart yacht races, and be working full time for Flying Fish as the skipper of Fish's luxury yacht, Calypso. 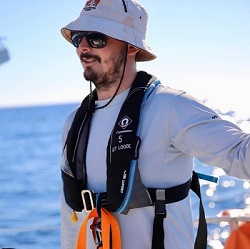 George Martin joined Flying Fish Australia as a RYA Senior Dinghy and Powerboat Instructor in 2014 after two seasons of teaching in South France. Wanting to progress in the sailing industry, George joined our RYA Yachtmaster Offshore programme and got his certificate in 2016.

Now, as a Yachtmaster Instructor George is working full time teaching the Yachtmasters of the future.

When asked what the best part about the job was, he said "I enjoy the challenge of taking on brand new students from all walks of life and working with them to develop their skills."

During the week James is a Design and Technology teacher at a school in the Eastern Suburbs but misses the water during the week & school holidays so keeps himself busy at Fish.

From an early age James Newall has been on the water kayaking & windsurfing. Age 13 James found himself in a Laser Radial at 14 and competed all over the UK in the Olympic Qualifiers!

Flying Fish employs a team of highly qualified, friendly and professional instructors and operate a range of fabulous training yachts.

We offer scheduled Fast Track training packages for Yachtmaster Coastal, Offshore and Ocean certification.  If you are an experienced Day Skipper you can join our Dayskipper to Yachtmaster Fast Track course. All our programmes can be customised to suit individual needs. 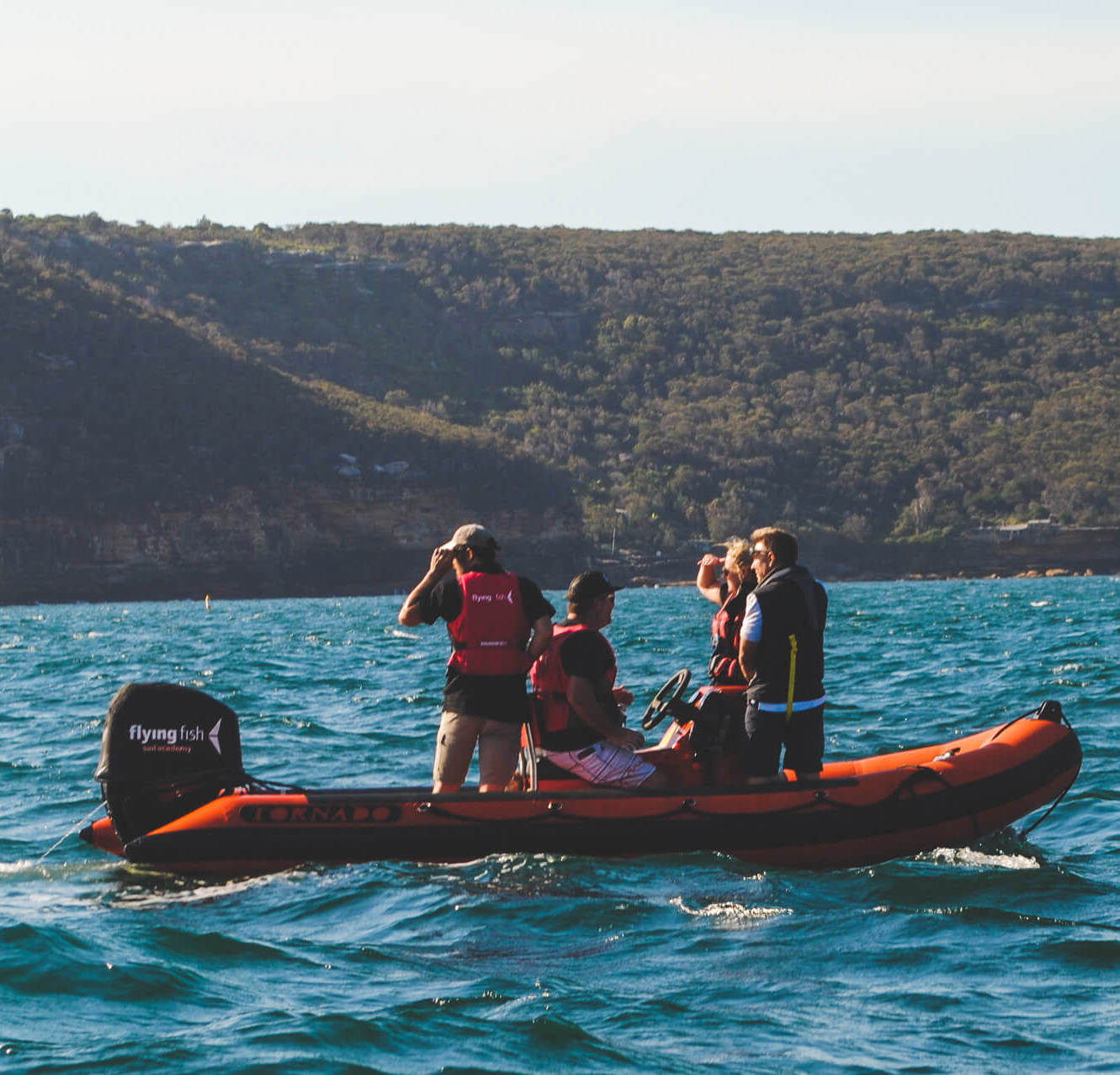 As pioneers of the Yachtmaster Fast-Track courses in Australia in 1996, Flying Fish Sailing Academy has ran and refined these courses since our humble beginnings in 1993. Our Fast Track programmes provide an efficient and reliable route to Yachtmaster certification.

Flying Fish Sailing Academy is based in Sydney Harbour Australia. Sydney Harbour has unparalleled beauty, perfect sailing conditions year round and plenty of areas to explore.

Hosting a variety of events including the Sydney to Hobart race and regular regatta’s, Sydney Harbour is arguably one of the best places in the world to learn to sail.